So last night was the big night!
As you may know, I sent out a bulletin on my blog, emails, and "in-person invites" to join me at the Oak Cafe for a milestone beer - #600! Basically, if you were looking for an evening out, come join me. A simple plan, right?

So, after a burger and some munchies, I ordered beer #600 - Orval. It is a Trappist Beer. I may have mentioned them before. Basically, monks from a few monasteries in Europe sleep, pray and brew beer. Their beers are considered to be some of the best in the world.

I don't think that applies here. 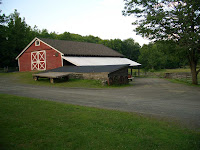 The head was crazy and quite annoying actually. It was like the foam you get with a root beer float. Very light. Very fluffy. It was a dribble into the glass followed by lots of foam. Dribble. Foam. Dribble. Foam. I took me a good 3 or 4 minutes to pour it. To the eye, it is looked like apple juice. The carbonation on the palate was way too high for my tastes. That biting sort of feel was a distraction. Others have described it's tastes and aromas as "leathery" ,"barnyard", or "hay". What does that tell you? Three out of five.

For giggles, I ordered #601 - the Mocha Porter from the Rogue Brewery in Oregon. All in all, I think this beer highlights a basic thought - not all good things go well together. In this case, coffee and beer. Coffee is great (especially when it is Bird Friendly), and obviously beer, too. But lets face it - do the two really go together? I just don't think so. Maybe out there a beer exists that is a good blend, but this one certainly isn't it. It was very malty with subtle fruity tones (maybe raisins or plums). Beyond that, I have no idea what was going on! I don't know...just a weird beer and not very appealing. Two out of five.

The evening was just plain fun! I am glad I had to chance to see some folks I have not seen in a while and it was good to see so many people come out (maybe 20 or so?). One buddy of mine was so excited he showed up Wednesday night instead!

Interestingly enough, I have a new milestone coming down the road. Beer #631. What is the big deal? That is simply a marker I never thought I would get. That will be the beer that allows my beer list to exceed my bird list. When I started watching birds, I was not into beer. I never thought such a day would ever come.

I guess the brewing industry needs to sponsor a trip to Peru with 1000+ lifers so your motivation to work on your beer list will not weaken.

Arowanas are freshwater bony fish of the family Osteoglossidae, also known as bony tongues.
In this family of fish, the head is bony and the elongated body is covered by large, heavy scales, with a mosaic pattern of canals.
premiumarowana