Getaways can be nice.  Sure, some couples board their private plane and head off to the lands of the rich and famous. Natalie and I are neither rich nor famous but we still enjoy a getaway now and then.  Instead of a jet or yacht, the more or less trusty Chevy Cruze does nicely.

While we have had the opportunity to sneak out for a few days a time, this past weekend limited us to only two days.  So where can you go in two days?  Paris? London? Instanbul? 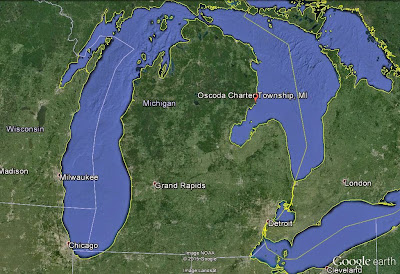 Well, okay, no. We didn't leave the comfort of home for a small town next to an abandoned Air Force base on the Michigan shore of Lake Huron.  It was more about needing a base of operations for a brief birding adventure.

One of the leading locations in Michigan during the month of May (a fantastic month for birding) is an innocent little spit of land sticking out in the lake - Tawas Point State Park.  With a drive-time exceeding three hours, an out-and-back day of birding seemed a bit long. We thought local lodging would be a better tactic (and more fun!).

While the birding at Tawas Point was certainly enjoyable, we had no intention of spending two days there.  The place is just not that big and the subtle but stiff winds from the north acted like a blocker to the northbound birds.  Realizing we were just minutes away from one of the rarest birds in the world, we opted to head inland.

The Kirtland's Warbler is just so odd.  With such picky nesting requirements (including Jack Pine trees between 5 and 16 feet tall), the bird's population is, as you would expect, small.  Critically endangered, in fact.  The 2011 survey turned up over 2000 singing males (a far cry, believe it or not, from the 167 birds in the 1987 survey).  Vast tracts of land are cut, burned adn replanted ensure that this bird will always have Jack Pines at the appropriate height.

While we did heard the birds at sunset (and saw a few the following morning), it was not the memorable moment of the evening.

As we stood on the edges of burned fields and scattered trees (somewhat reminding me of the African plains at sunset), the sounds of multiple trucks roaring the distance gathered our attention.  There is really no other way to describe it.  But we knew it couldn't be trucks, as the roads were sandy and trucks don't fly.  After a few minutes, it was discovered that we were hearing (and soon seeing) the courtship flight of the Common Nighthawk.  Sure, I had seen this behavior before, but it was one bird a few years ago and it just didn't click as to what we were seeing,er....hearing... 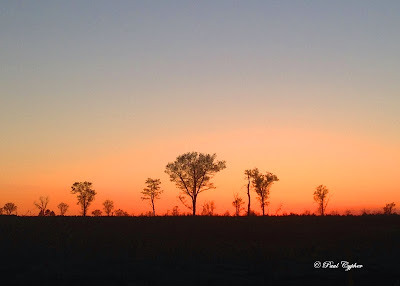 No, they are not hawks.  They are Goatsuckers. No, they don't suck goats either (though folks used to believe that!).  In short, they eat bugs.  Tremendous amounts, in fact.

During the spring courtship, the males, normally flying high and calling, suddenly fold their wings. Like a stone, they drop.  With only feet to spare, they open their wings and pull out of the dive. The force of the air rushing over their wings and through the flight feathers creates the most peculiar roaring sound.  Check out the video here.

Astonished, Natalie and I more or less forgot about the world's rarest warbler and enjoyed the nighthawk show.  Our guess would be at least 10 birds in the area. Some we simply never saw, but we could certainly hear them - a solid testament to the distances this odd sound could carry.

Heading west from Oscoda, the River Road National Scenic Byway is another must.  As one heads out of town, its hard to imagine the area as the original forests that once grew there; everything now is second-growth.

Before you shake your head at the "horror" of it all, understand those original woods basically built the country, right?  That old building that I am looking to preserve and/or re-use could have timbers that came from this region.

So, lets think about those lumbermen. Hard, deadly work.  Low pay.  Crappy food.  Wouldn't it be nice to have decent water running through your camp?

Not far outside of Oscoda, a vertical descent of almost 200 feet along the south shore of the Au Sable River takes you to the Iargo Springs.  (Keep in mind that is an "I", not a "L". Its a font thing.  It's pronounced "eye-ARE-go".)

Stories from centuries past have the Native Americans of the region assembling here. As Europeans moved in to the region, they used it, as well.  The lumberman certainly used it, but with the decline in the lumbering trade, it more or less turned over to a tourist stop...

I'll be honest. I was impressed.  Lets face it - places like this are often over-sold in an attempt to make a less than appealing feature neat. How many times have people gone somewhere with grand visions in their head only to be tremendously disappointed?  It won't happen here.  With boardwalks and viewing platforms, one can  easily traverse the springs assuming you can managed the 250+ steps heading down (and, of course, back up again!). 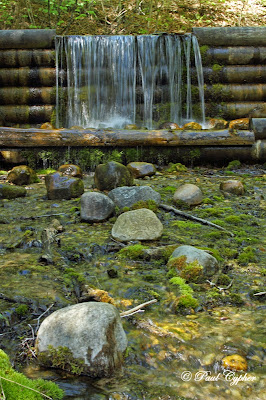 Certainly, the springs aren't big.  Logs built by the CCC provide little waterfalls not much bigger than three feet (Niagara Falls, they are not!) , but the feel is impressive as these little seeps are scattered across the area.  The weather was pleasant but we can easily imagine the area being much cooler on a hot day given the temps of the frigid water.

The trip was quite fun overall.  I haven't run the totals yet.  The oddest bird was the Northern Mockingbird at Tawas Point (only about 200 miles from where he should be!).  We had a few average beers at Wiltse's Brew Pub and Family Restaurant. Hikes here. Hikes there.  It was hard to believe we crammed it into just a two day period.

But for the sure, the take away for us both will be the roaring wings and seeping springs.

For those of you who have no idea how birding works, spring migration is generally the event most folks look forward to.  With thousands millions of song birds (scientifically known as Passerines) winging their way north in their fancy breeding colors, folks like Natalie and I hit the woods and fields looking for that next bird.

For me, as of late, I have been enjoying photography. If you have been visiting this blog as of late, you already know this, right?

So, I thought I would share some pics from recent days outside.

This dashing fellow is the American Redstart.  After flying in from northern South America, they are looking to establish territories like all the other migrants.   These guys, however, do it with a twist. They are known to have two females in two different territories.  You could think of as a dude with two wives (neither of whom who knew the other existed) living on two different sides of a small town.  Oh, what would the neighbors think.... 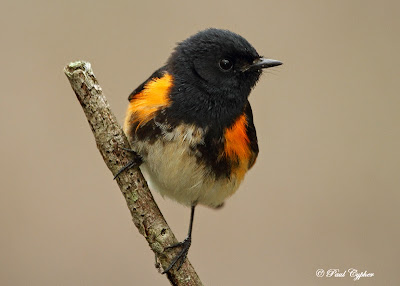 The Red-eyed Vireo really does have red eyes. They just don't show up well in this photo.  In any case, their claim to fame is their non-stop singing.  One fellow in the 1950's recorded a Red-eyed Vireo singing his short song over 22,000 times in a 14-hour period.  My head hurts just thinking about it... 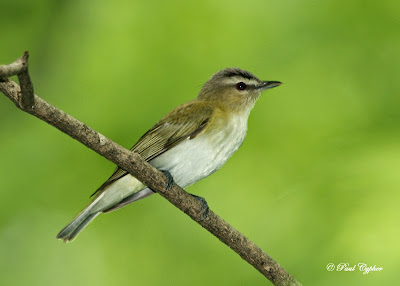 Fortunately for photographers, the Black-throated Green Warbler has the nice habit of feeding low in the trees. This matches their tendency to nest low, as well. 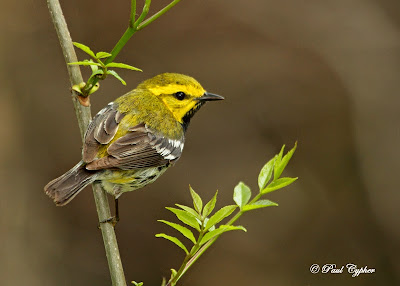 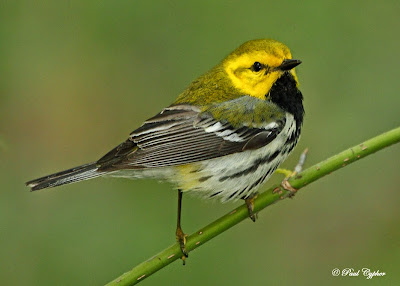 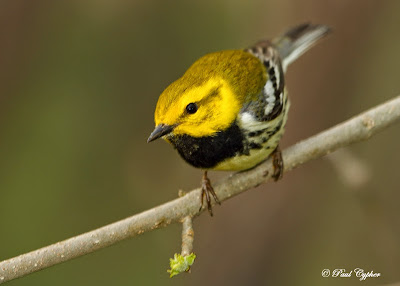 Tree Swallows have to be one of the most eye-catching birds out there.  If you catch of glimpse of them in sunlight, the structure of the feather reflects light not unlike that rainbow sheen coming from the oil drop on your driveway.  When the light goes away, so does the color.  Amazing. 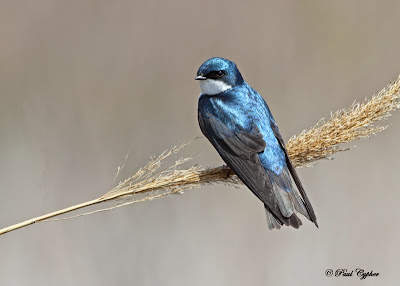 With today being the 18th of May, there is a solid 10 days of migration left. In fact, there is a few more as some birds are still moving through the region in the opening days of June. Unfortunately, the trees will be leafed out.

We'll do the best we can. Maybe I'll have a few more pics to share in a few days....