When Blacks Are Browns

If you been around long enough, you have undoubtedly seen situations where what is said is not true or what is thought to be true is false.

For example, take the Nina and the Pinta.  If you recall your schooling, those were two of the three ships that Christopher Columbus used to sail the ocean blue in 1492.  I'm not going to get into the aspects of his life once he "founded" the New World. You know the parts I'm talking about - the slavery and the mutilations just to name a few...

No, lets think about the ships.  What color where they?

I should know. I was there.

A few days ago, both the Nina and the Pinta were docked in Wyandotte.  Obviously, they were not the originals.  The Pinta disappeared from the historic record shortly after Columbus' return from his first voyage.  The Nina, on the other hand, served Columbus on more journeys.  We last know of her on a trip to the Ivory Coast in 1501.  So how was it they came to be docked Downriver?

A long story short, an organization called The Columbus Foundation built them.  Their purpose is more to highlight the ships and how the Atlantic was crossed in a time when some folks still thought the earth was flat.   Oh wait, we're done with that stupidity, are we?

By all accounts, the ships are pretty accurate reproductions. The Nina is an exact replica while the Pinta is an extra 15 feet long and 8 feet wide.   Okay, so Columbus and his crew did not have air-conditioning, engines, running lights, and Coast Guard-certified inflatable life rafts.  But, beyond that, they're pretty slick.

Yes, folks, forget the images of big, brown, sailing vessels that you may be seen in movies or fancy paintings.  Per the sailors/educators on the boats, the tremendous amounts of tar used to hold corrosion  in check turned the ships black. Sure, they started off as brown, but layer after layer transformed the ships from their wood tone colors to what we could literally call pitch black. 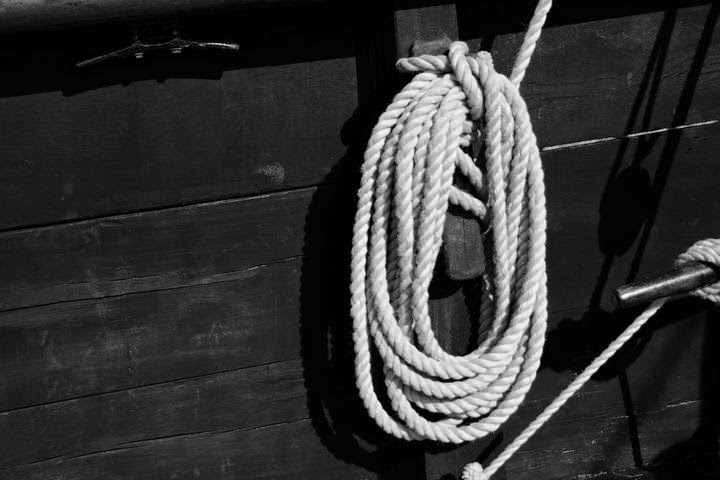 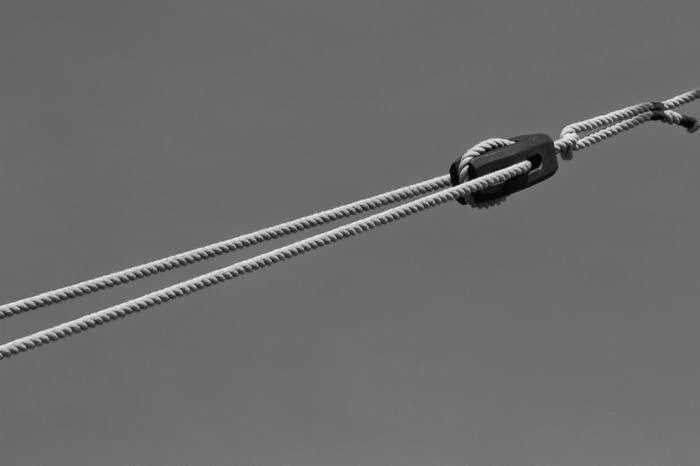 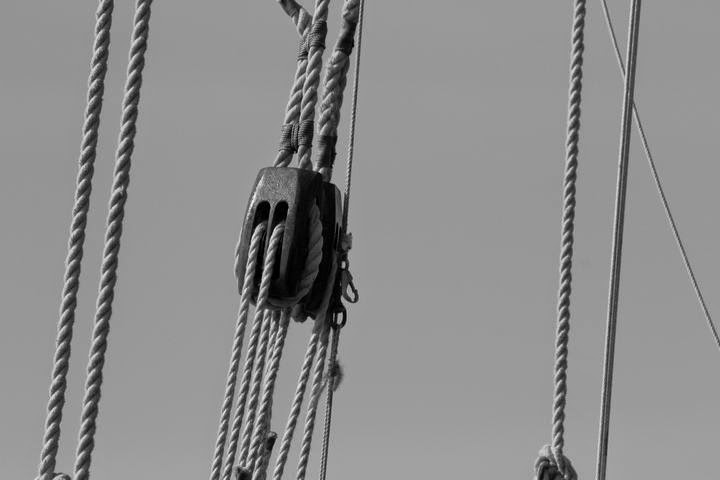 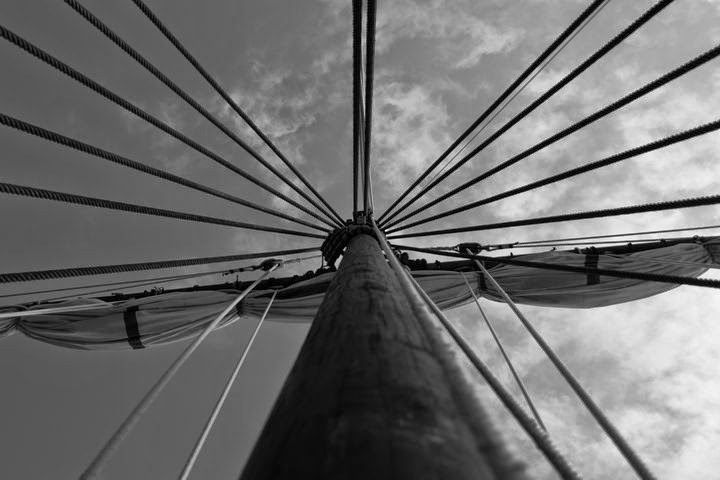 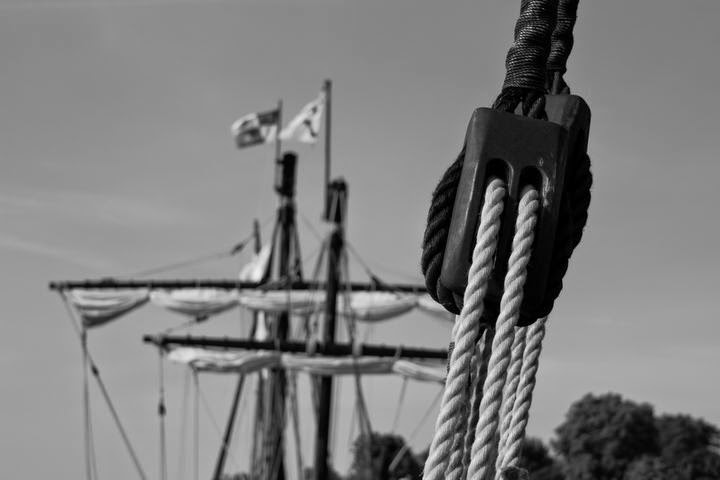 All in all, I was stunned at how small these ships were.  Putting 24 people on them made them even smaller. With animals ready for butcher below along with  other provisions, all sailors slept on the deck. Yeah, I'm sure that was fun. Showers? Hah.  I've been on ships 65' long in "rough" seas.  I'll tell you right now it is not for the faint-hearted.  Say what you will about Columbus and his lackeys/crew, but those guys were tough.

For $8, it was  total steal. If these ships visit your neck of the woods, check them out.  You'll be amazed how small they are....

On the subject of colors, think about this bird: Black-head Gull.

What do we know from the name alone?  It's a gull.  It has a black head.

Normally, if we were to leave Michigan right now and head to the closest Black-headed Gull, we would be booking a flight to Greenland.  If you have ever traveled to Europe, you likely would have seen them as they are apparently rather common.

Just a few days ago, Natalie and I enjoyed a short walk at Pointe Mouillee State Game Area.  This 4-mile jaunt (yeah, that's a short walk out there...) took us to Cell 3 of the Banana. (Hey, I didn't name this place...) 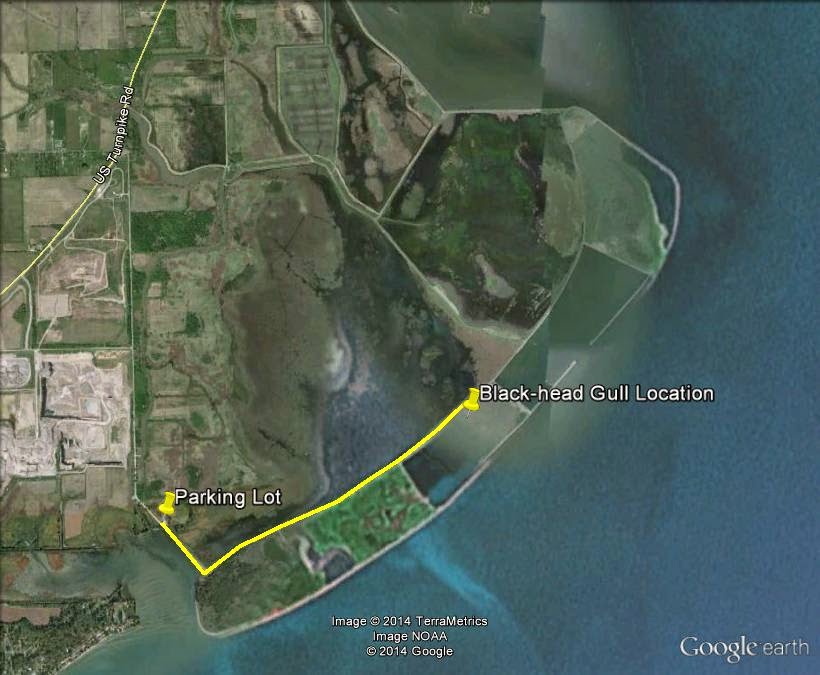 And what did we see there? The Black-headed Gull.

Since 1966, this bird has been in Michigan only 13 times.  The majority of those records have been from the fall months.  You would expect that as the gulls gear up for migration and move south.

Unfortunately, I have no pictures of my own of this bird.  Be sure to check out Jerry Jourdan's pictures.  You'll notice that the bird does not have a black head.  That's not such a big deal really.  It won't be in its adult plumage for another year or so.

In any case, using this picture from the All About Birds website, perhaps you can see our problem... 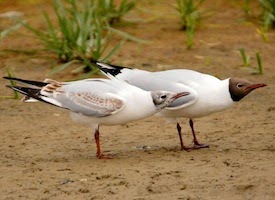 Yes, ladies and gentlemen, the Black-headed Gull has a brown head. Go figure.

Was this my first Black-headed Gull? Nope. You might recall I had seen one in Massachusetts a few years back.  Nat had already seen one, as well.  In my case, this gull was my 351st state bird, my 212th bird for Monroe County and my 175 bird for Pointe Mouillee State Game Area.

So in the last few days, in between wedding plans, grad school plans, and life in general, I've seen something I've never really thought about until yesterday - I've seen blacks for browns.

A Slow Night in Metropolis

I had a few extra seconds today....
Quill is our cat when he is not fighting crime.... 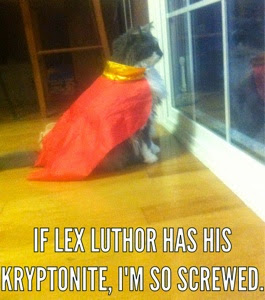 Sure, the wedding isn't for another few weeks, but this photo proves that there might be a few things more important than a marriage license! 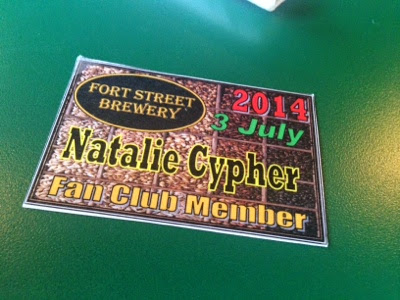 If Natalie ever forgets how to spell the name, she can always cheat and use her FSB card!
Posted by Paul at 9:15 PM No comments: