Some pretty amazing things happened in the year 2008.
- At least three states broke free from Republican Cranio-rectal inversions and allowed same-sex couples to have civil unions or marriages.  (47 more will follow suit, I suspect.)
- The Eyak language in Alaska became extinct as its last native speaker died.  (Apparently, a young man stepped forward at a later date claiming to know the language. He did indeed, but he was not a native speaker. He learned it from tapes.)
- Fidel Castro retired as the President of Cuba. He was at the post for 50 years.  (Rumors that the world's last surviving Ivory-billed Woodpecker found safe haven in his beard cant be confirmed at this time.)
- A fire at the backlot of Universal Studios Hollywood destroyed several icons from movies including the clock tower from Back to the Future.  Truly tragic.  (I wonder if the fire produced the required 1.21 gigawatts?)
- Barack Obama became the first African-American to be nominated by a major political party for President of the United States. He later wins the Presidency.  (If you did not know this, I presume you were incarcerated in a Turkish prison.)
- The Large Hadron Collider at CERN, described as the biggest scientific experiment in the history of mankind is powered up in Geneva, Switzerland.  (It is a smashing example of science in action.)
- Human remains previously found in 1991 are finally identified by Russian and American scientists as those of Tsar Nicholas II and his family.  (They were gunned down by the Bulsheviks in 1918, dumped in a ditch and given an acid bath.  DNA testing confirmed the identities of the skeletons.)
- I bought the Stone Brewing Company Vertical Epic in August and stashed in my fridge.
- Bernard Madoff was arrested and charged with securities fraud in $50 billion Ponzi scheme.  (What a complete ass.)
- The Detroit Lions finished the season 0-16 with a 31-21 lost to the Green Bay Packers.  ( I don't even know what to say here.....)

So, if you actually read this list, I'm sure you saw one event in particular that suggested something amazing.

Yes, the Republicans have bee turds for a very long time.

Oh wait, that's not it.  I mean, thats true, but that it not what I meant.

The beer.  Seriously.  No, really.  I have had a bottle of beer in the refrigerator since August of 2008.

Brewed by the Stone Brewing Company in California, the Vertical Epic series is a "buy it and wait" sort of endeavor.  There are twelve in the series and each is released one year, one month, and one day later than the previous beer in the series.  I secured a bottle of the 08.08.08.  Brewed with the intention of aging, I stashed it.  Directions clearly state the bottle should be opened after December 12, 2012 (12.12.12.)

A few nights ago, with my good buddy Neal in town from Texas and Natalie in town from, um, here, we busted open the bottle. 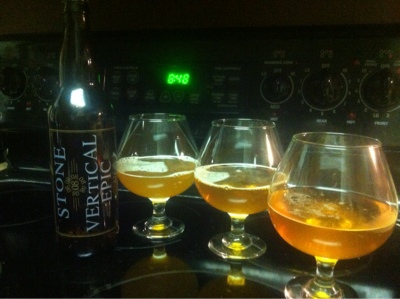 Sure the photo, is a bit fuzzy. After all, it was taken with a iPhone camera smudged with a fingerprint.  But, if the camera had the ability to smell and taste this beer, you would all be salivating.
Pouring a wonderful gold, the heads were a bit shortlived, but I did not care too much.  Some sediments (yeasts, I presume) ended up in the glasses, but that is not unexpected given the situation with the bottle.  Citrus tones on the nose complimented the estery notes.  Natalie noted apricots. On the tongue, the body was perfect; not syrupy or thick. Certainly not weak and gross.  Tropical fruits and spices balanced out the hops. The finish was dry but not at all distractingly so. The 8.6% alcohol was completely hidden.   What a damned good beer.
This is one of those drinks were I thought of giving it a "four" at first.  I'll be honest.  It was pretty similar to some Belgians I have had.  However, given the knowledge needed to put this together and get it to age so well, I would be a complete Madoff for giving it anything less than a "Five". The Vertical Epic 08.08.08 (#1,383) was an outstanding beer.
Sadly, given the reality behind it, I'll NEVER get to have another one......
Posted by Paul at 9:28 PM No comments:

Wednesday was the kind of day Natalie and I have not enjoyed in quite a while.  A little of this. A little of that.  Changing gears all day. Good fun.  When a super bird showed up a few hours from Downriver, we based our day on seeing it.

The Varied Thrush.  What a slick looking bird.  Found in dense, pine forests in the Pacific Northwest and Alaska,  one bird ended up in the little town of Nashville, Michigan.  As they so often do when located away from the Pacific Time Zone, it was visiting a feeder at a home.   The owners opened their yard to visitors, allowing them to immediately become the new best friends of Michigan birders everywhere.

Check this map out. 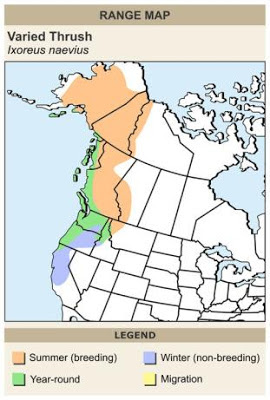 Now you can check this out and see just how lost this bird is..... 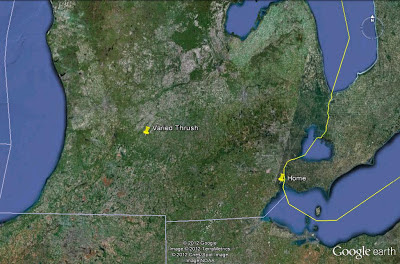 I seem to remember reading some time ago about the winter habits of the Varied Thrush.

Generally speaking, different bird species tend to winter in very finite regions.  Depending on the speices, that region could be a coastal area that spans hundreds (or thousands) of miles, entire sections of continent, or even entire countries (like the tropics, for example).

Looking at the range map, it clearly shows that the bird will over winter in the Pacific Northwest.  Apparently, however, it might not be that simple.

Instead of "lots of birds" wintering in "smaller areas", it appears that the Varied Thrush will fan out across the country, as well.  One could make the argument that the winter range is basically North America.  Michigan probably has dozens (hundreds?) of records.  So it is that weird combination of "rare, but give it some time, and one will show up near you....."

In addition to the excitement of seeing a rare bird, I think this little chase really is one of the reasons I enjoy birding.  Seeing a particular bird brings back memories of other trips, locations, and events.

My notes show that I have seen Varied Thrush only a few times.  Alaska, Montana, and even Michigan (many years ago).

But for some reason, the Washington record sticks in my mind.  In 2011, I was visiting Rebecca in the Northwest. We took the day and went to Mount Rainier.  Descending the mountain at dinner time, a single bird flew across the road and landed on the shoulder.  My one and only Varied Thrush for the trip.

Anyhow, after a mid-morning departure, Natalie and I arrived on site by early lunch time.  Per the homeowner's instructions, we parked on the driveway so we could view both feeders that the bird had been frequenting.  Over a span of perhaps an hour, it appeared twice.  Total viewing time? I dunno...maybe seven or eight minutes. 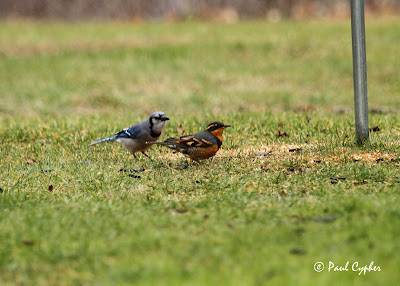 With poor to moderate photos in the bag (seen above with a Blue Jay), it was time to press on for a quick lunch in Nashville and some easy Christmas shopping in Charlotte.  (By the way, the locals pronounce it "shar-LOT", as opposed to "SHAR-lit".  Okay. Whatever they say.  Did I tell you I live in "Woh-OD-HA-vin".  The locals call it "Woodhaven".)

Afterwards, it was time to move along to Battle Creek.  With dinner plans set for 5:20 (I'm serious - 5:20), almost two hours needed be knocked off, so Natalie and I opted to head to Arcadia Brewing Company to knock one back. 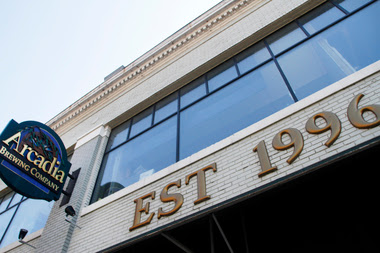 Dinner time was social time.  Josh and Kara Haas took the bun out of oven 10 months ago.  Lillian nibbled on her Cheerios while the rest of us struggled to understand the accent of the waiter at A Taste Of India.  As a general rule, we found nodding and smiling to be the best form of communication.  For the record, Chicken Tandoori is quite good if you are concerned about nuclear-levels of Indian spices. 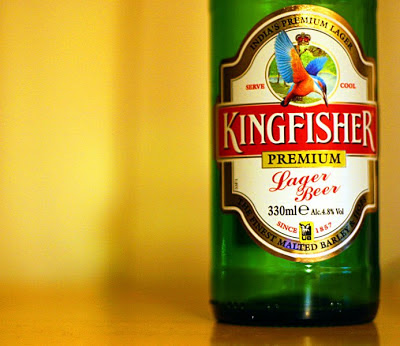 We did not record a Kingfisher on our journey.  Imagine our surprise when we found one right in the restaurant. Kingfisher (#1,378) dates back almost 100 years.  After a Scotsman combined five Indian breweries into one massive operation, Kingfisher grew to become one of the most popular beers in India.  I liken it to people making Budweiser one of the popular beers in the United States.  Um...why? Three out of five.  Barely.....

So that was the day.  Birding. Friends.   Beers.  Some Christmas shopping. All low key.

I Need A Truck

Where are the kids with the bottle drive fundraisers when you need 'em?! 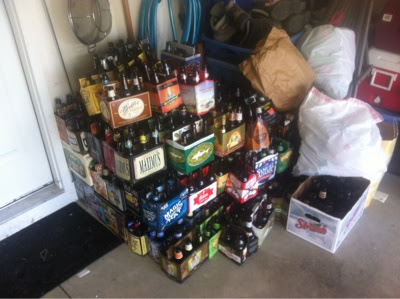 The three bags are full of bottles, too.  Using some simple math, the bottom layer is easily 14 bottles deep while it is about 15 bottles wide.  At almost 4 layers high, with bags included, I'm looking at about $75.00 in returnables. 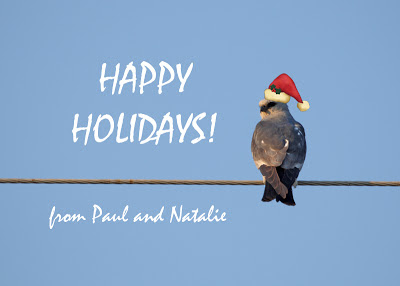