I have my orders.

I've been assigned to Seal Team 3.

At 1600 hours this Sunday, I am to report to the Coast Guard City for duty.

For the record, I don't get a ride in a stealth copter.  No guns.  I won't even be wearing any camouflage.

I'll have a clipboard, tape measure, work boots, and #2 pencils.

As a part of my Masters in Historic Preservation schooling, I, and 23 other students, will be spending a week in Traverse City.  A short distance from town stands the Campbell-DeYoung Farm. 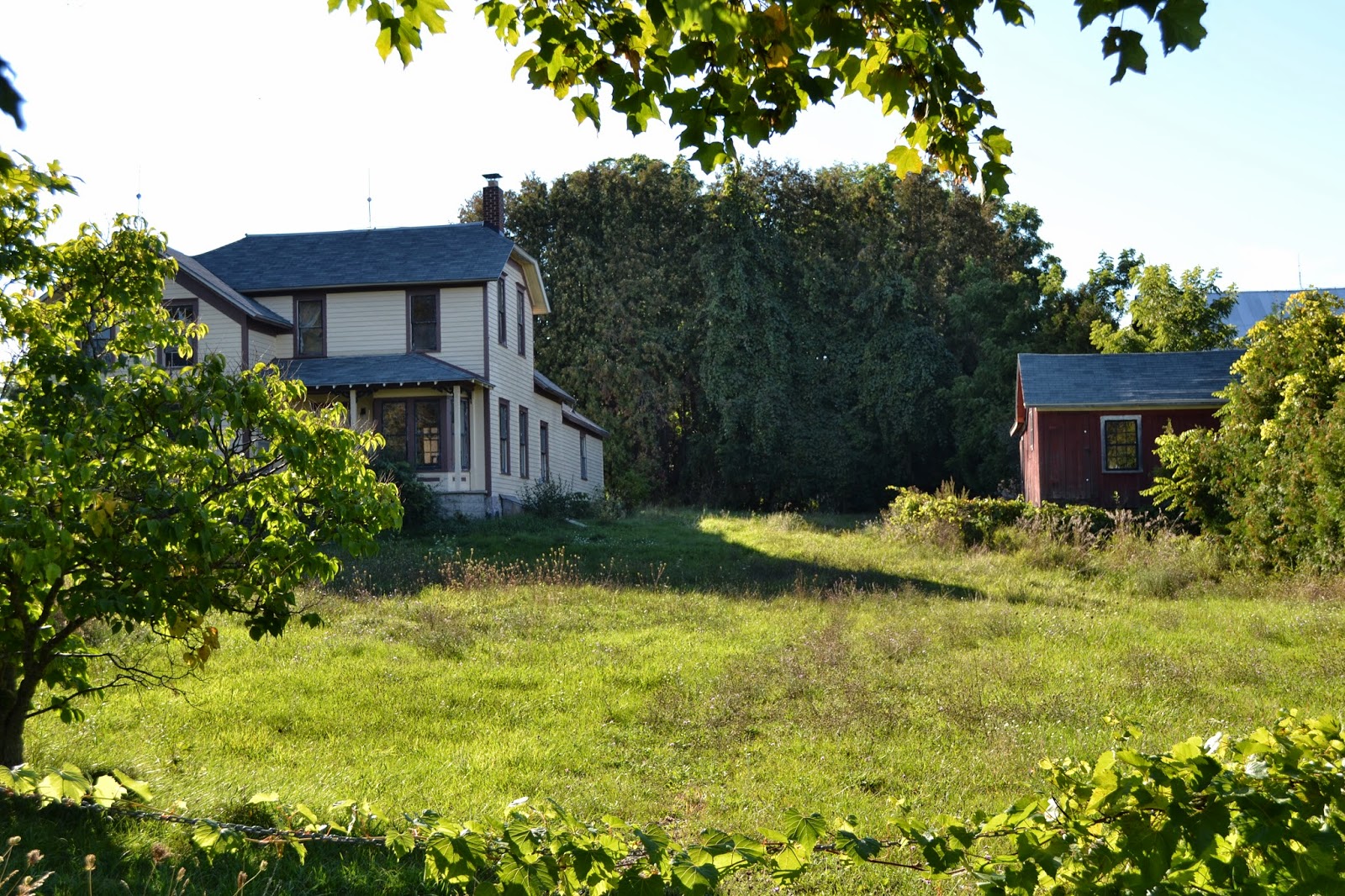 The Victorian home, built around 1860, is being restored by the Eastern Michigan University Historic Preservation Department in cooperation with the Leelanau Conservancy.   For the past few summers, this field school (a required class) has been stripping, painting, gutting, measuring, recording and a host of other activities associated with preserving old structures.

Fortunately for me,  most of the carpentry work is done.  Skilled carpenters "measure twice and cut once."  I have discovered that I tend to "measure twice, cut once, cut again cuz I screwed up, swear, realize I'm bleeding, and then get someone else do it."

Three teams have been assigned.  Teams #1 and #2 get to do plastering (no dry wall in the 1860s), window installations, wood floor work, interior painting and decorating.  I'm on Team #3.  We survey.  That'll be cool, I'm sure! All teams paint the exterior.

In case you have not yet caught on, I did not goof with the SEAL vs Seal thing.  SEALs get to jump out of planes, swim miles for a warm-up, and kill people with their pinky fingers.  We'll be sealing a building with exterior latex paint.  Get it?

See you in a week!

Email ThisBlogThis!Share to TwitterShare to FacebookShare to Pinterest
Labels: Back to School

By George, I've Found It!

Yesterday, at the party store, while cashing in 1.2 million dollars in beer bottles, I secured another "Wheres George?" dollar! 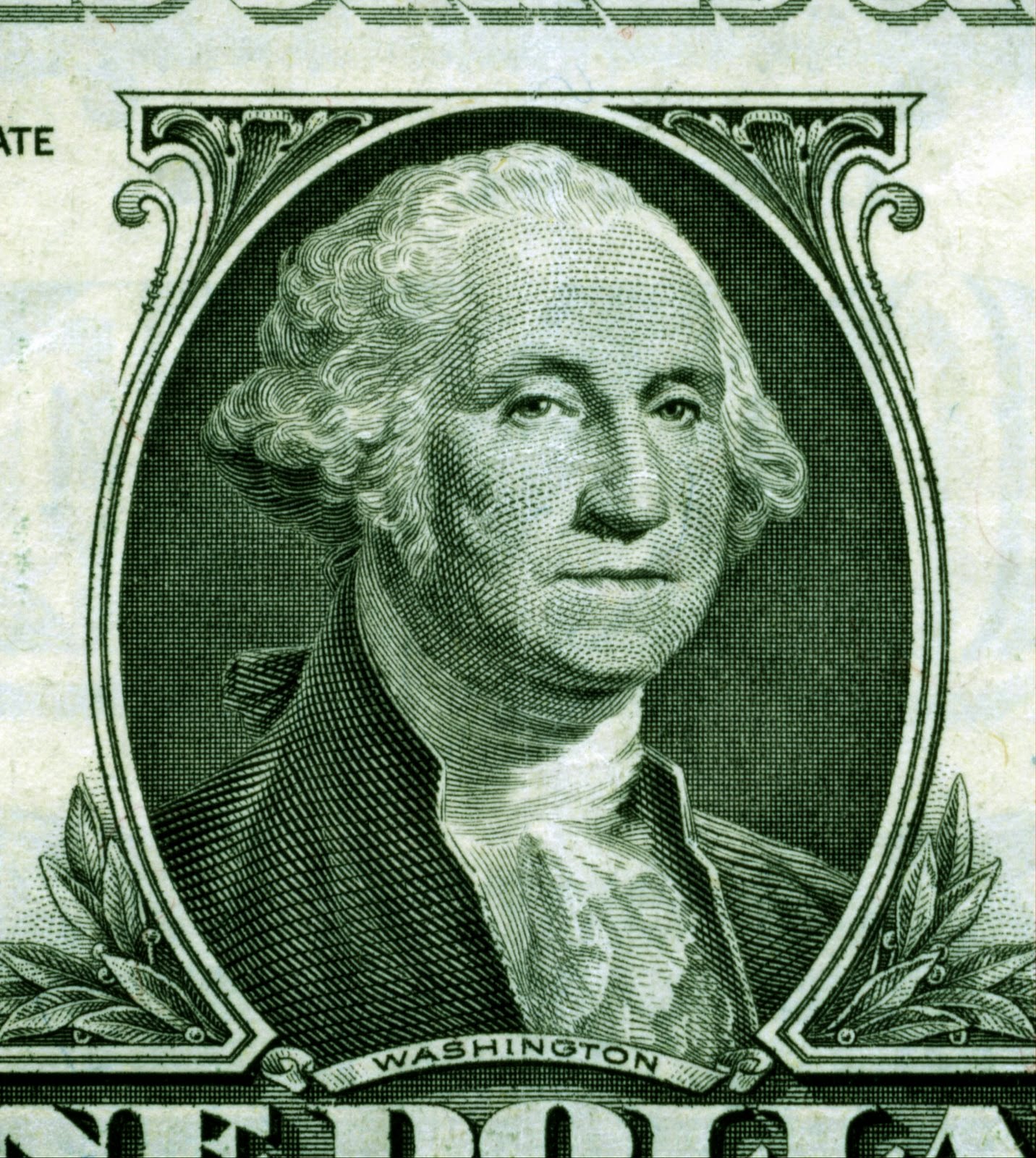 You know the general story.   So what happened to my bill?

Brace yourself and prepared to be wowwed......

Golly. Not the most traveled bill in the archives, but I'll take it.

This marks my fourth Where's George bill.  I'll stick in my wallet and send it along at a later date......

A few days ago, I was leaving work as I usually do at 5:00pm  My phone went off. No, not a call. It was an email.  I admit it - I don't read most of my email. The subject line is usually enough to invite me to read it or delete it.  In this case, the subject line hooked me enough to read on.....

That says quite a bit.  "Mich-listers" is the list serv for bird nuts.  "Long billed curlew" is the bird. "Willow run" is the location.

The body of the email said a bit more:

With a time stamp of 4:58pm, all indications were that Lyle was still viewing the second state record of a Long-billed Curlew less than 30 minutes from my house.

Standing well over a foot tall with a wingspan of almost three feet, the Long-billed Curlew is a stunner. The obnoxiously long bill is all about snagging food.  If the bird is on the breeding grounds (the orange below), it would be grabbing worms and other creepy-crawlies.  During the winter months outside of the breeding season (blue), it is perfectly comfortable on shorelines snagging crabs and the like. A lovely cinnamon wash on the underside of the wings is stunning to see as the bird lifts its wings. 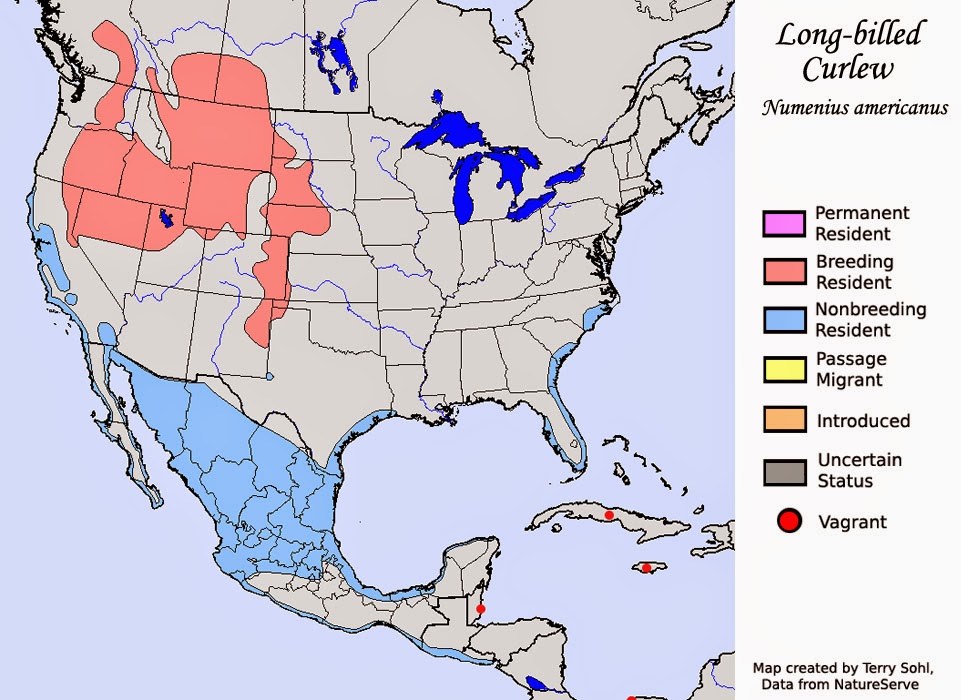 You might look at the map above and think a bird diverting from, say, North Carolina, heading to Montana, could have drifted a tad to the right so as to end up in Ypsilanti. Yeah, maybe, I guess. In the end, we'll never know what happened.

I do know I got a picture. 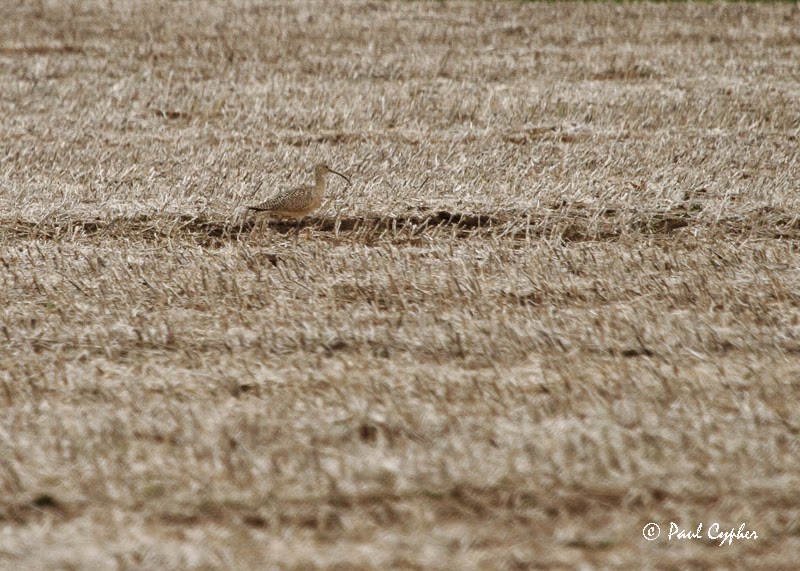 When Lyle called John (the poster of the email) from the field, a chain reaction was set into motion. Within seconds, the world knew of this bird.
When I first started birding in the early 1990s, 300 species viewed in the state of Michigan was considered the gold standard.  300 birds was the mark of an individual who had been around a bit and had logged some time.

I would argue that number is now 350.

20 years ago, the Long-billed Curlew story would have been different.  The chain of communication might have been something like this....

The chain is slow and it is now dusk.  Dozens of birders, chomping at the bit, are standing on the road's shoulder at sunrise...hoping the bird isn't gone or dead.....

Now, we're plowing through the 21st Century.  See it. Click a few buttons on a computer that doubles as phone. Done.

For the record, I have now recorded the species in five states - Michigan, Nebraska, Colorado, Texas and South Dakota.

Semester one is done (that is the reason, by the way, for the decline in blog posts, as of late).  I don't have, at this time, my grades, but I believe I scored an A- in both classes.  We'll see what happens when things get posted.

So with all this spare time on my hands I thought I would treat myself to some birding this morning. Natalie is in Iceland for a class (seriously) so it was solo.

Well, here I am at home.  I've already been doing laundry, dishes and trying to tackle all the miscellaneous projects that haven't been getting done.

Does that describe my birding....?