An Open Letter To The President 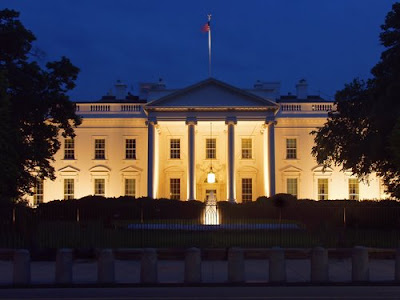 Dear Sir,
In these troubled times of economic crises, wars on multiple fronts, health care woes, and environmental doom, it is very frustrating that now, in 2009, we still have to deal with racial issues. The arrest of a black Harvard professor in his own home by a white police officer has, once again, put race at the head of the newscast and become the topic of discussions across the country.

I can't describe my delight when I heard a few days ago that the parties involved would be meeting you, the leader of the free world, at a picnic table on the White House lawn while having a beer. Multiple sources suggest this may be first case of beer diplomacy at the White House. As I understand it, the session will not have a formal agenda, but rather, it will offer the opportunity to "step back a bit" and have a dialogue.

"This is about having a beer," according to Press Secretary Robert Gibbs.

Not if it is a Budweiser, sir.

While the staff required to run the United States is no doubt massive, I'm sure there is a glaring omission. That is why I would like to offer my services. If there is room for a White House Pastry Chef, who serves superior desserts instead of Twinkies, there must be room for a White House Beer Consultant, who can advise and serve extraordinary appetizer, main course, or dessert beverages, not swill.

According to press releases, you enjoyed a Budweiser at the All-Star Game. Sgt. James Crowley, the lead officer involved in the previously stated arrest, enjoys Blue Moon while Professor Henry Louis Gates Jr. enjoys Red Stripe and Becks. With the understanding that the White House does not stock foreign beers, please know your options are not limited. There are hundreds of excellent beers available right here in the good old U.S. of A. Craft beers from microbreweries and brewpubs, Mr. President. That is the ticket.

My credentials are solid. Beginning in the mid-1990's, I have had officially 597 different beers of all styles from all over the world. Whether it is ales in the thin air at 10,152 feet in Colorado, stouts with The Sleeping Lady in Alaska, lagers along the lazy Outer Banks of North Carolina, or great drinks right here in Detroit, I have had my share. My knowledge is yours and I'm prepared to do what I need to do for my fellow Americans.

While I never served, sir, I can serve now.

I'll be waiting for your call.

I'll contact the US embassy in Germany in support of your offer.

Paul,
You know, I was thinking about this very thing, when I heard on the radio that Barak Obama would be drinking Bud Lite. What in heaven's name? He needs some help! I think he should serve Great Lakes Edmund Fitzgerald porter. Any, great blog entry.

Paul,
I must compliment you first on your blog, and secondly on your open letter. I concur wholeheartedly. It's a shame so many simple decisions made by a politician have to be so calculated. I think the president is going WAY over the top trying to appear like a "regular joe" by deciding to drink a Bud Lite. My God -- Budweiser is bad enough, but the only good thing about Bud Lite are their TV commercials (which are pretty damn funny, especially the recent ones with the mobsters in them).
Ever wonder why you only find empty cans of Bud Lite, Miller Lite, & Busch Lite in ditchs and never find an empty bottle of Bells?

Jochen - Thanks for your support!

Cathy - Porters, for some, can be a bit heavy in the summer. I suspect I would have gone with a nice wheat beer or perhaps a mild IPA with some good munchies to compliment it. Nevertheless, pond water at the summit would have been better than Bud Light!

Jeff- Thanks for the kind words!

All - keep in mind, too, this was an opportunity to support the "small business". Many of the top brewers in the country employ only a few people (less than 30). Can you imagine the impact it would have had on the economics of microbreweries?! Everything the the First Couple does reverberates elsewhere. If he tipped back something from Dogfish Head or Great Lakes Brewing Company (to name just two!), their sales would have gone up in a significant way. I guarantee it.