Minutes before the clock went off in the early morning, the light pitter-patter of rain on the tent woke us up.  Checking the local radar from the comfort of my sleeping bag, we were in for a short break before heavier rains moved in.  With military precision, camp was broken down and we in the car just in time – a gully washer ensued.  iPhones are great.  I don’t care what people say.

With the rain, we had a quick breakfast in Houghton…er, Hancock….oh, hell, I don’t know.  We ate in town.

The rain did not dampen our spirits at all.  We had set aside the morning to visit the Keweenaw National Historic Park anyway, so it didn’t really matter.  Housed in Calumet’s old Masonic Temple, this awesome addition to the National Park Service does a super job of laying out the details of the copper mining industry during its heyday.  Among the many cool period items was a step and chair set from the aforementioned Italian Hall Disaster.  Creepy to say the least.

The rain did not dampen our spirits at all.  We had set aside the morning to visit the Keweenaw National Historic Park anyway, so it didn’t really matter.  Housed in Calumet’s old Masonic Temple, this awesome addition to the National Park Service does a super job of laying out the details of the copper mining industry during its heyday.  Among the many cool period items was a step and chair set from the aforementioned Italian Hall Disaster.  Creepy to say the least.

As predicted by the ‘ole iPhone weather app, the rain broke.  A short shuffle up the road brought us to Copper Harbor.  Tiny, but picturesque (The population?  Negative 18 people), it was time for some hiking.  With dueling Ovenbirds at the hike’s start, we walked to the Lake Superior shoreline on some Nature Conservancy property. Having lunch on a rocky shore should be on everyone list of things to do.  We’re serious here.  Natalie, by this point, was in full nature mode, soaking up every flower, bird and rock. Yes, folks, a new addition to the “B” theme on this silly blog – boulders.  The stones were awesome.  We were diggin’ rocks just as much as anything else.

At one point, we were pondering a chunk of sedimentary rock that clearly had the “ripples” on it, showing how, once upon a time, that rock was sandy beach front property. The ripples had been caused by the crashing waves and cemented into place as the millions of years ticked by.  How said chunk of ancient stone ended up in my backpack is not certain……

Afternoon drinks were had at the Brickside Brewery.  A tiny place in a tiny town this place is certainly worth a stop.  No food, but so what.  Give it a whirl. We suspect you’ll like it.

Walter’s Wiezen, Mosquito Lake Pale Ale, UP IPA, and the Mud Lake Brown Ale (#1449-1452) were all pretty well done. The Wiezen was light and citrusy.  It would be pretty fair on a hot summer day (which it wasn’t).  The Pale Ale and IPA were both pretty fair representation of their styles. It was nice to try the styles next to each other. They can be similar in the eyes of some folks, but the Pales pale when compared directly to IPAs. The hop tones just aren’t as strong. If you are an IPA guy (like I am now), Pale Ales almost seem weak.  The Brown was the best of the four. The Belgian influence was nice.

Beware.  They have candles on each table. If you flip pages on your notebook and the corner ends up near the open flame it might just catch fire. How would we know this….. 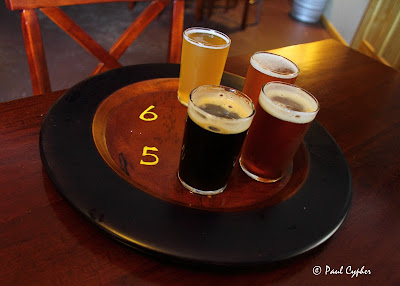 With a few hours to dilly-dally before dinner, there is nothing better than a historic fort.  Built in 1844 in anticipation of chaos associated with the copper mining rush, Fort Wilkins turned out to be completely unnecessary.  Abandoned two years later, it was re-garrisoned during the Civil War only to be abandoned again.  After soldiers came and went, entrepreneurs did the same as business ventures failed.  By the 1930s, restoration of the fort, now a state park, was underway. 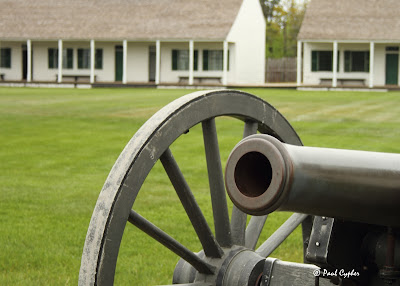 Always trying to appreciate the efforts soldiers forced to live in the middle of nowhere, the exhibits did a super job of laying out how life moved along (or didn’t).  Period arms, clothing, kitchen equipment and other nifty items were on display throughout the various structures.

Opportunities like this also give you the chance to really think about that experience (in the 21st century) vs what they would experienced almost 200 years previous.  The smell of the lake, for example.  Would it have been the same? I suspect so.  The Alder Flycatcher calling the woods? Certainly, they would have heard it. The Merlin catching bugs high over head.  The same, I’m sure, if they bothered to look up.  It is like time travel.

Speaking of time travel, one the most interesting things to me was use of a period DeWalt drill. We can only gather that officers (certainly not the enlisted) had perfected a time machine, travelled into the early 21st century and snitched a powertool.  Of all the things to grab before returning the mid-19th century… 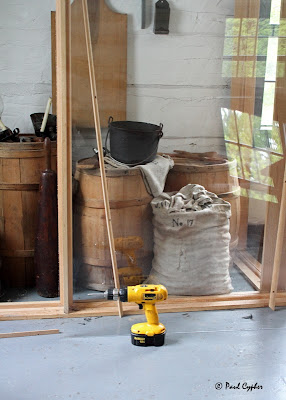 Camping and dinner were at the Fort.  An evening drive took us up and over Brockway Mountain and up to Eagle Harbor. With the clouds finally breaking (it had been cloudy all day, even after the rain stopped), we hustled back to Copper Harbor with the hopes of securing lighthouse photos in beautiful evening light. Yeah, cool idea. Didn’t happen. As we made our way out to the harbor, the light shifted again. Very….blah. Not gray and ugly, but certainly not what I was hoping for either…..

With the sun gone (or nearly so), Nat and I decided to head back the Brickside for another round of drinks.  The Park Bench Porter (#1453) and Stone Ship Stout (#1454)  are just superb.  Even experienced beer snobs can having trouble separating the two. Hell, sometimes brewers and authors can’t tell you.  So what. Have ‘em both.  The stout edged out the porter.  Pitch black, smooth and refreshing enough you could fill a pool and jump in it, I would not hesitate to buy this beer if I could secure here in Detroit. A “5” for sure. Damn good.

It was also here that we noted a new rule live by – be mindful when drunks are playing darts.

Imagine a man so drunk he wobbles when he stands.  Imagine a dart board on a post (not a wall). Imagine a walking space of at least 4 feet behind the post.  Imagine a beautiful, young woman walking to the restrooms via the small walking space behind the board. Imagine the previously stated drunkard flinging a dart at the board…  Can you see the disaster in the making?   Holy crap. No, the woman was not Natalie but holy crap, what is the first-aid response when a metal tip dart enters your head?  (For the record, the man was a very good shot. How he managed to hit the board is anybody’s guess…) 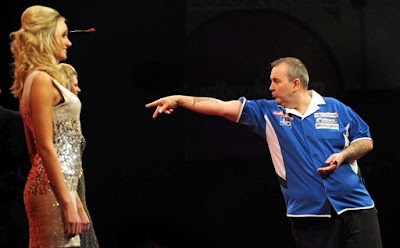 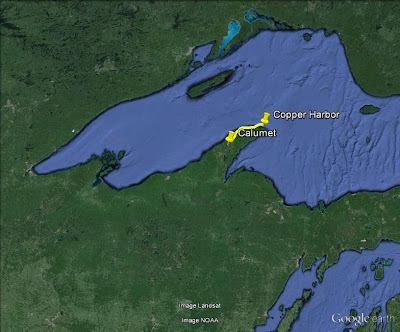