Things here in the Cypher household has changed quite a bit in the last few weeks. Nat unloaded her only grad class and I unloaded one of mine. Further, my second class is already done as it met only twice in Traverse City.  So with only my third class still meeting, my school schedule is much lighter.

That said, don't think that I did not have the chance to sneak out and do some shooting.  The opportunity to do some sunrise shooting was quite nice.  Sure, it was my intention to photograph Great Egrets from the secrecy of my impromptu photo blind. Sure, said blind was  a complete disaster, but I won't tell you that part.  Hiking to a different part of the park, I met up with Natalie sitting on bench watching the sunrise. 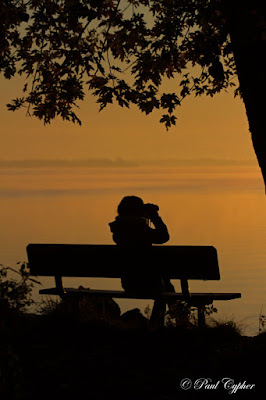 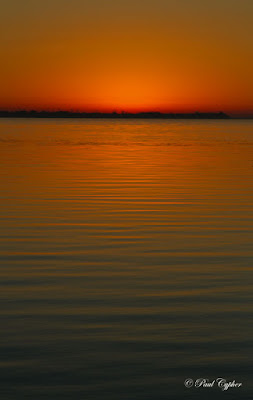 The Traverse City class investigated the concept of adaptive use.  In short, it's the idea of using old buildings again.  A leading regional example would have to be the The Village at Grand Traverse Commons.  Once upon a time, it was the State Hospital.  Designed under the Kirkbride plan, it housed the mentally ill. Now, shops, restaurants and offices are the norm.  It really is quite a place.

A class highlight is always a visit to the tunnel that runs under the main passage.  While the building is over a quarter mile long, this tunnel is only (only!) 200 feet long.  Made with the beautiful Grielickville yellow bricks, it really is something to see.  Notice that the tunnel is basically two arches.  Very durable. After all, its been there since 1885. 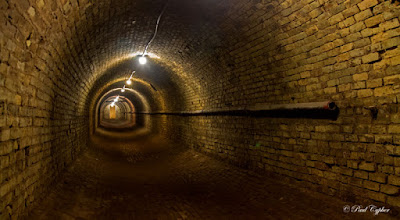 That said, there is just something about black and white images and the "urban scene."  I honestly don't know which one I like better. 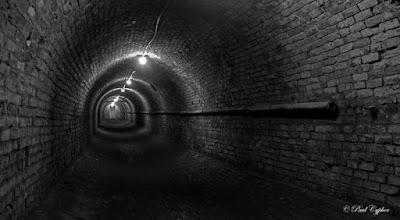 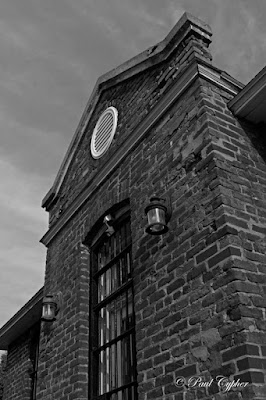 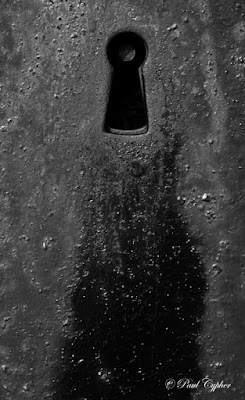 So, with what I hope is a bit more free time in the coming days, perhaps I can get back to some photo stuff.