After a 6am alarm and camp breakdown, we went to the camping office on our way out.  The attendant was duly notified of the episode from the previous night.  With a smile, she happily agreed to dispatch the officer to rouse and remove the vermin from the campground.


Oh, but it didn’t stop there.


One vehicle had clearly displayed the phone number, name of the city and the department for which he worked. I noticed it the night before.  Yes, folks, one of our late partiers was there in the work truck.  How ‘bout them apples, eh?  A call to the city clerk’s office was made. Low and behold, it was not the employee who was there. It was his daughter as she borrowed the truck from dad but was not smart enough to peel the giant advertising magnet off the door (no doubt related to the fact that she drank herself into oblivion). I’m not sure how that story ended but I have to think that somebody is going to get a good talking to……


Anyhow, with our travels taking us into Vermont, a stop at the Saratoga Monument was mandatory and convenient.  The Monument, which features Gothic and Egyptian styled elements, is a rock-faced granite obelisk that stands 154 1/2 feet (49 meters). Aptly located in the Village of Victory, the Monument is situated on a high bluff upon the grounds of the Brit’s last camp of the campaign.  The cornerstone was laid on the 100th Anniversary of the American victory. 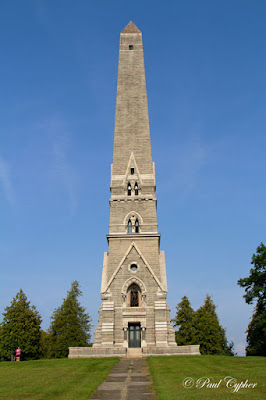 Four recesses exist with three housing statues of the leaders who were pivotal to the American victory. The fourth recess remains empty.  It is meant to address the contributions of one Benedict Arnold.  The Americans did indeed win in part because of his efforts but they simply could not bring themselves to honor a traitor with a statue. 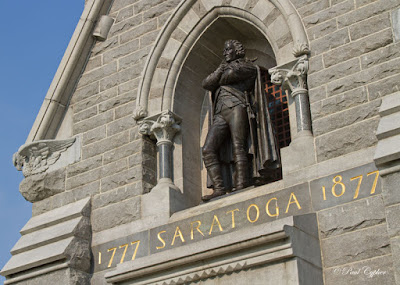 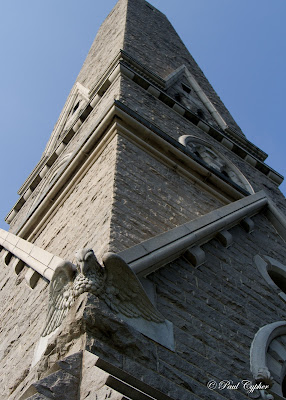 Winding our way towards the Green Mountains, “old” was just everywhere.  Greek Revival architecture was seen in every town (a style we don’t see much in Michigan as it was phasing out of style when Michigan was phasing in as a state). A quick stop for gas put us near a cemetery that was clearly older than the hills. Take Mr. Imus for example.  Dead at the age of 96 in the year 1835? How cool is that? 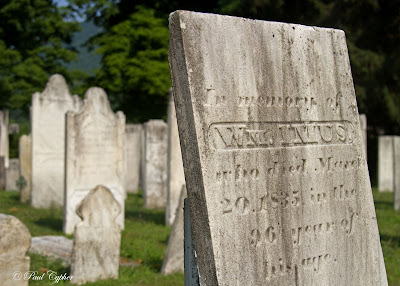 Kelly Stand Road cuts across the mountains of southern Vermont. Wonderful boreal habitat, it is noted in various resources as a fine place to spend some birding time. Unfortunately for us, it was not very productive.  The highlight from a birding standpoint, was the Broad-winged Hawk that quite close to the car. Okay, I almost hit it.  Other than that, stops along the road and hikes on scattered trails to picturesque ponds were nice, were pretty bland birding.  I can assure you, however, that spring or summer birding would have been a delight. 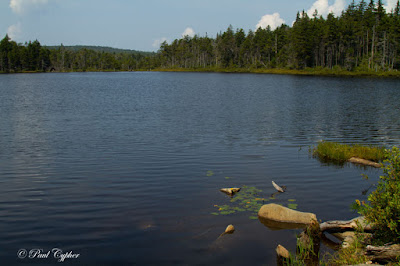 Botanically speaking, Natalie smoked an indian pipe she found in the woods. Wait.  That came out wrong. She got stoked by the IndianPipe in the woods.  This ghostly looking plant actually flowers but lacks chlorophyll.  It acquires its energy in the same way that a fungus does – a delicate root system pulls nutrition from the substrate it is standing on.  Think fungus on logs or some such thing.


Radar showed the bane of campers - thunderstorms.  For you non-campers, that sucks, especially during set-up.  Wouldn’t it be cool if a hotel was near a brewery?  Imagine that. Concord, Hew Hampshire has a Holiday Inn on the historic Main Street that also accommodates the Barley House, an Irish Pub/beer bar with live music.  It was all right across the street from the Capital Building.


The hotel vs. camping call was a good one. During dinner, our cell phones buzzed with flash flood warnings…. 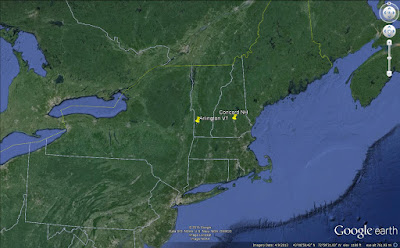