A Tale Of Two Critters

As I sit here and type, the temperature, as measured at the Grosse Ile Airport, is -13 F. Winds are gusting almost 30mph making wind chills -1.9 million F (or thereabouts...)

Needless to say, that is dangerously cold.

So, while I sit here in our house with a hot furnace and a cold beer (as opposed to the other way around (which would be really bad)), I can't help but to think about some animals on a brutal night like tonight.

Take Quill, for example.  He's our cat.  (Actually, he is our cat when he is being cool; when he's being an ass, he belongs to Natalie.)  While his heritage is somewhat of a mystery, strong evidence shows that his 18-pound bloated frame is consistent with that of a Siberian Forest Cat.  (I still argue that he might be a new species of cat.  If so, I will describe him scientifically in an as yet unnamed journal and grant him the latin name Felis catus quillus fattus odiferous fecei.) 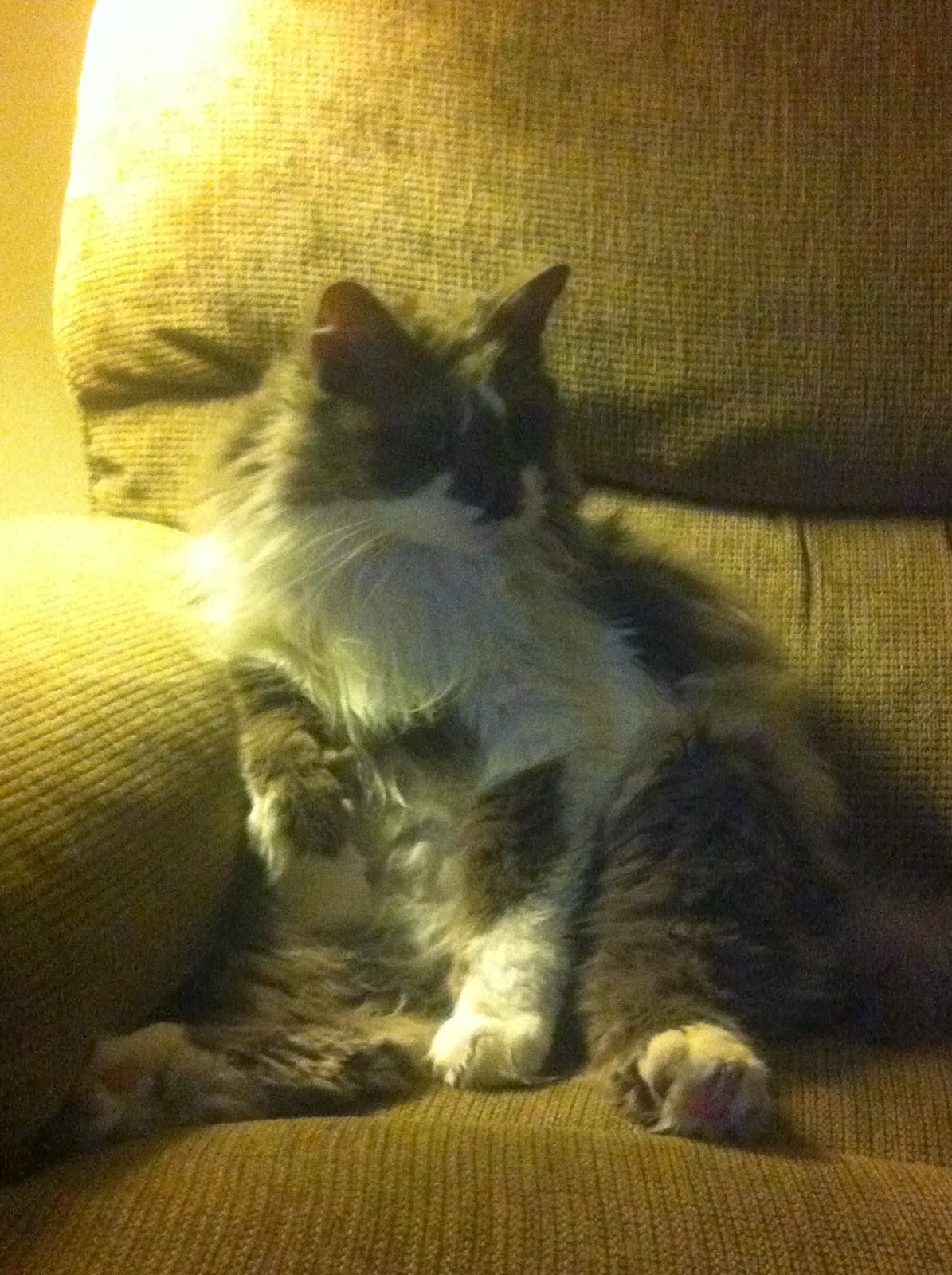 A few weeks back, when we got that last round of snow, Nat took Quill outside on his leash (you read that right).  His poor wittle paws got a wittle cold and he wanted to come back inside. So much for being a stock of polar feline.

In case you haven't heard, the winter of 2013-14 is turning out to be one of the most impressive Snowy Owl invasions in a very long time.  It has even surpassed the impressive invasion of 2011-12.

In any case, these owls are having a tough time with things. They're "here" because they have no food "there" (the arctic).  Fleeing the tundra in droves, they move south hoping to bag rodents and what not.  Food means energy, energy means heat, and heat means they can live long enough (hopefully) to find more food.

Nevertheless, as owls, they are quite capable of nabbing morsels.  Their huge eyes, impressive hearing, and nasty claws are bad news for mice and their kin.

I can't help but to think about two opposing critters: one can handle the chill of the frozen tundra and snag rodents with east while the other shuns the chill and patrols the kitchen floor for cheese scraps.......