Jupiter and Mars greeted us at sunrise. Before long, we found ourselves gawking at the Great Horned Owls (there were four) that were milling around the Visitor Center.  Some were fuzzy, showing beyond a doubt that they were youngsters. We couldn’t tell how old the Lesser Nighthawks were. They liked the lights of the Visitor Center just as much as the Border Patrol station!

A drive along the Auto-Tour turned up more Gambel’s Quail (common place in Arizona) as well as Black-tailed Gnatcatcher (not Black-capped).  Mom Verdin feeding the kids was cool, too. 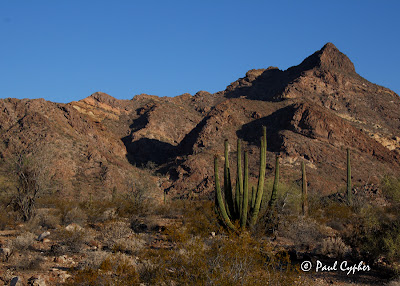 Moving east back towards Tucson failed to turn up the Crested Caracara we had heading westbound. No matter.  We had great looks the first time!

Just west of Tucson is the Kitt Peak NationalObservatory.  The drive up to the peak is wonderful.

The Mexican Jays gave us the chance to watch cool behavior.  They cache food.  They don’t eat it all on the spot.  They eat when they are hungry. If food is not available, they go back to locations where they hid it and munch away. 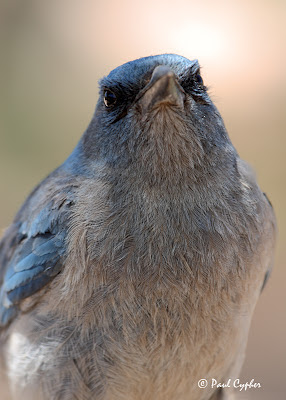 In this case, I watched the Jay steal the postage stamp-sized Dorito from the guy at the other table.  The bird flew towards me, landed feet away, and proceeded to shove the chip into the gravel.  Within moments, he grabbed a woodflake and placed it EXACTLY where he put the food.  He’ll remember that woodflake for weeks to come. 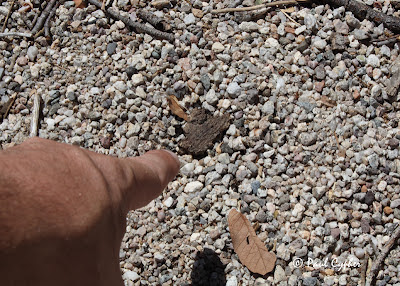 If I was a jerk, I could have moved the flake 2 inches away.  Had I done so, he would never find the Dorito.

One of the dominant features on the peak is the McMath-Pierce Solar Telescope. 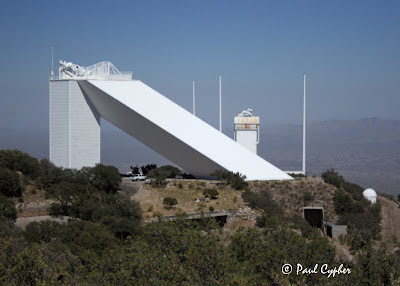 Looking like something more associated with perhaps the mining industry, it stands over 100 feet above the peak.  The diagonal portion is over 200 feet long to the surface of the ground. It then continues hundreds of feet more below the ground. The McMath-Pierce scope is the largest of its kind in the world.   And we went inside. Okay, you can go inside too. Do it. 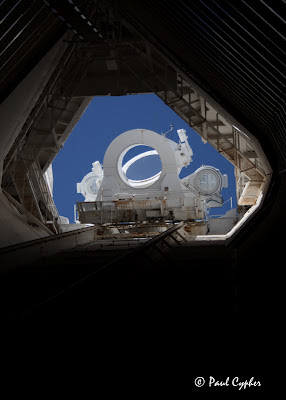 Aside from the Mexican Jays and the occasional fly-by of a Turkey Vulture (no Zone-tailed Hawks, sadly), the birding was not spectacular.  But so what. We were walking in a compound that housed some of the brightest people on the planet using some of the most sophisticated equipment ever made.  It was truly awesome.  Sleeping by day (like the sign says), these folks are simply trying to unlock the secrets of the universe.  They want answers.  It is only fair to seek answers to questions. You certainly can’t go here and get the truth. 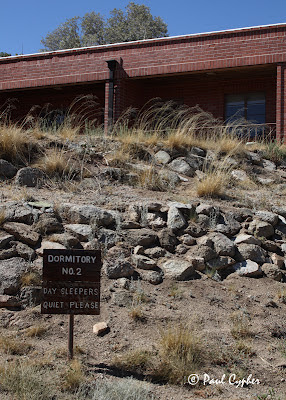 By dinner time, we were pulling up to the house of my buddy Joe and his wife, Corrine.  Enjoying retirement almost in the shadow of Madera Canyon, one of Southeast Arizona’s birding gems, the idea was to spend some days birding with them (Corrine is from England and quite the birder herself!).  Sadly, Joe had some unexpected dental work on the horizon so his birding opportunities were limited, but he was with us in spirit! 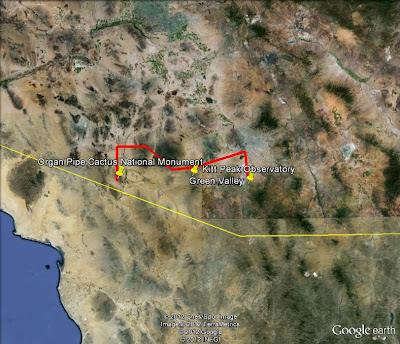 Eagle-eyed star guy Mark Wloch caught a gaff. The planets that greeted us in the desert that morning where Jupiter and Venus. Not Mars. Interestingly, it was correct in our trip notes. I just goofed it during the post writing.