One Hour For Two Hundred Years

While historians to this day still discuss the nuances that started it all, some vestiges of America's "Second War for Independence" can be found locally.  Soaking up the history during the 201st anniversary of the war, Natalie and I recently made a trip to Amherstburg, Canada for a visit to Fort Malden.

That said, a trip through time can't really started without a trip to a beer bar.  While the shell of building was constructed in 1841 and has held everything from furniture store to a pharmacy, the current holder is the Lord Amherst Public House. 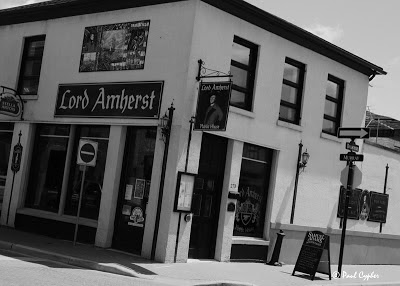 The Iron Spike Copper Ale (#1,440) from the Railway City Brewing Company had a written description that was pure poetry. Sadly, the real beer was a bit dull. Okay, we did get the butterscotch tones on the palate but we were expecting so much more. It just didn't deliver.  It was not bad, just a bit.....dull.

The second pint, Tennant's Lager (#1,441) from the Wellpark Brewery is said to be Scotland's first lager.  Visually, it looked like a Bud but we found the palate and aroma to be a step up from there (sure, that is not hard but you know what I mean).  All in all, with a salad, it was quite nice, actually. It was nothing to shout about, but it was certainly refreshing.

The beers, while fair (or even good), came at a price.  Two salads, some buffalo wings, and 4 half pints of beer cost us 1.9 million dollars.  Sure, you could joke it was Canadian money, but the exchange rate is about par with the US dollar.  Cripe - we could have started a third war of independence with that kind of money!

In any case, having beers in what is almost a two hundred year old building is quite an experience.   Give a whirl.  Rob a bank before you go.......

A short walk up the way brought us to the gate of Fort Malden.

Originally constructed in 1796, it was the center of British operations in Upper Canada during the War of 1812.  After Oliver Hazard Perry handed the British their asses in the Battle of Lake Erie in September of 1813, Malden could no longer be defended. Destroyed as they retreated, Malden was left in ruins until the British re-built it beginning in 1820 (Note: one of the peculiar aspects of the War of 1812 was the status quo ante bellum. Translating to "the state existing before the war", all ground gained by the United States was given back. Go figure.)

Completely rebuilt (okay...almost) during the Upper Canada Rebellion in 1838-1840, Malden saw a resurgence. Some of the buildings standing today are original from the period, if not earlier.

Take, for example, the barracks in the photo below. Built in 1819-20, it is listed on the Ontario Historic Places Register.  Walking that long porch and seeing how the soldiers slept was simply awesome.  Knowing now, in the 21st century, we do not have to share the piss bucket in the corner like they did makes me appreciate modern plumbing.... 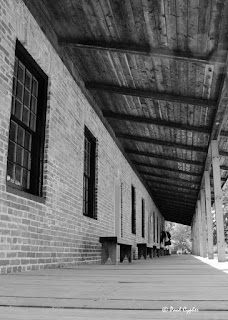 By 1859, some buildings had been modified for the 11-year tenure as the local "lunatic asylum".  The 1861 Hough House, built as a laundry and bakery, can be seen in the photo below.  In addition, many of the trees that provide shade on the grounds today are from this period. 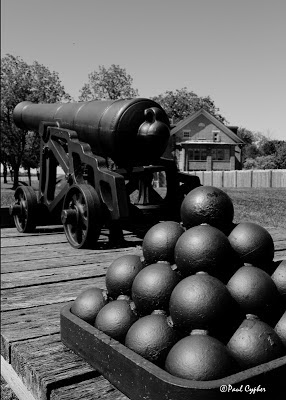 As the bird flies, Fort Malden is less than six miles from my house.  By car, the drive is about an hour.